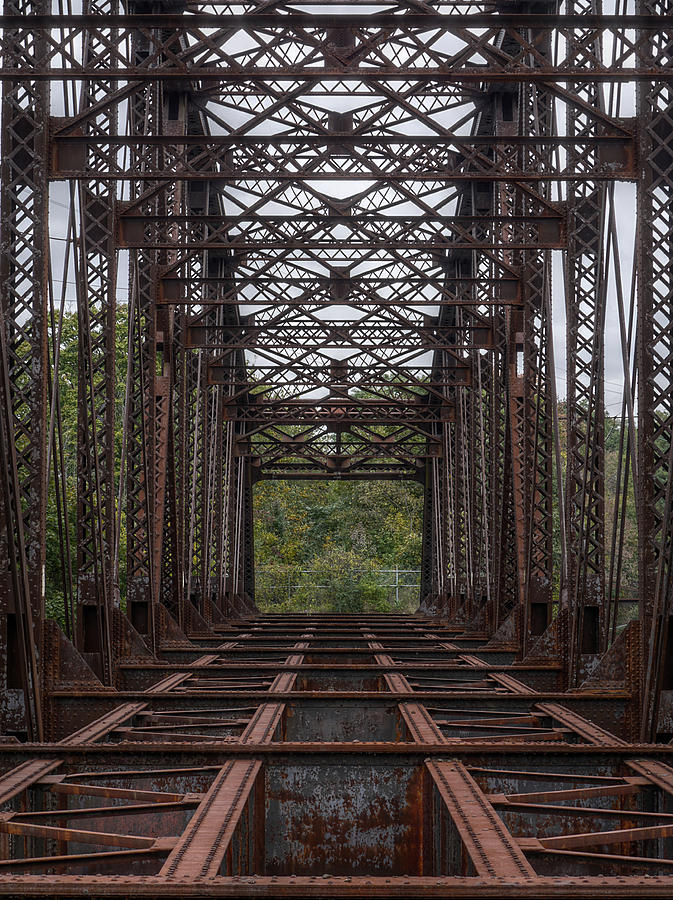 The old iron truss bridge at Whitford, Pennsylvania spans the existing Amtrak/Septa line into Philadelphia. The bridge was built in 1904-05 by Pennsylvania Steel Co. (Steelton, PA) to a design by H. R. Leonard.
At 373' -1" long this is an exceptionally long example of a "pin-connected Parker through truss" construction, exceeding the commonly accepted practical limit of 300'-0" for Parker-Type bridges.
The Whitford Freight Bridge was part of the late 19th century line modernization which separated freight traffic from passenger trains. It has been out of service since about 1990.
(abbreviated from Historic American Engineering Record (HAER) No. PA-522)

Very nicely done, sharp throughout and I like the slurp of rust in the centre! L

Congratulations your amazing artwork has been FEATURED in MOUSE!! Thank you for your great submissions and participation. Cheers, Barbara F/V

Thank you for the feature, Barbara!

this is interesting, nice find fv

Thank you Paul. It was a scramble,but worth it. I shall revisit!

nice one indeed, you should enter in the BRIDGES groups

Thank you Robert. I have submitted it as suggested!