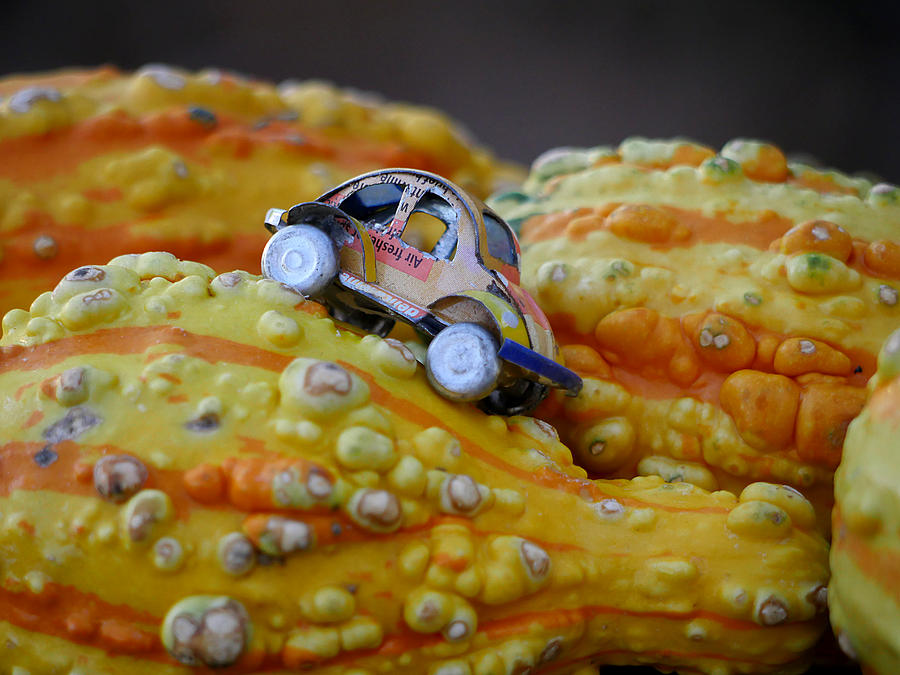 It had taken the four of them the a long time to build the car. They had seen pictures in the papers of the "big people" and a group of them had been enthused by the possibility of creating their own. Over the months they had copied the plans appropriately. It was never a problem to get the materials as the"big people" were always so wasteful. They hadn't even noticed the missing can and other objects.
They had worked together as a small team and were p[leased with the results, even though it had taken them months of their spare time, after all their normal duties had been completed. Some elders of the group had initially told them they were wasting their time but, to be honest, most were secretly impressed when the car started up.
The youngsters had clearly learned a lot and they could see that this development would open up so many possibilities for the community at large...

Such a nice and funny work!

Richard, have you heard of the diddymen who worked in the jambutty mines? This lilliputian story has been featured in TELL TALL TALES. LF

Richard, thank you for submitting this wonderfully absurd featured image to WHAT?! LF

This is pretty cool! And fun! L/F!