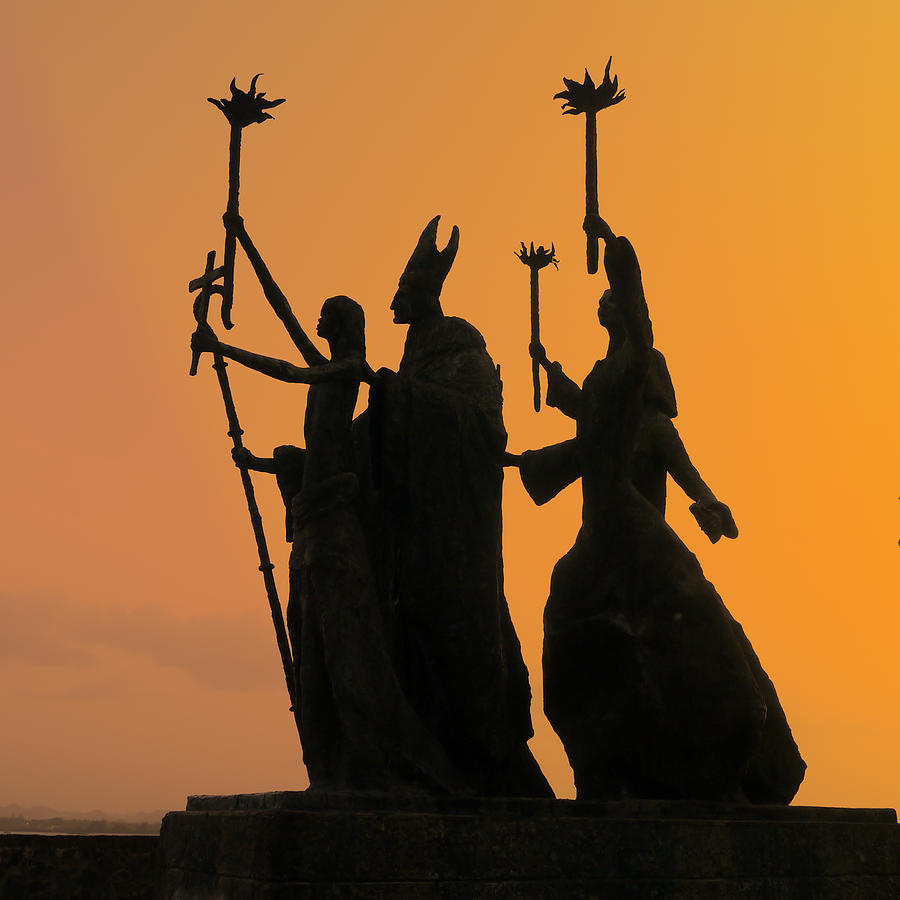 According to a Puerto Rican legend, British troops were laying siege to San Juan, Puerto Rico on the night of April 30, 1797. The townswomen, led by a bishop, formed a rogativa (prayer procession) and marched throughout the streets of the city - singing hymns, carrying torches, and praying for the deliverance of the city.

Outside the walls, particularly from the sea, the British navy mistook this torch-lit religious parade for the arrival of Spanish reinforcements. When morning arrived, the British were gone from the island, and the city was saved from a possible invasion.

Four statues sculpted by Lindsay Daen, in the Plazuela de la Rogativa (Rogativa Plaza) in Old San Juan, pay tribute to the bishop and townswomen who participated in La Rogativa.

This image shows the sculpture in silhouette.

Richard this is an outstanding capture, love it!

Great use of silhouette. v

Thanks for the description. Love the black and golden color and silhouette. Very nice. L.

Thank you, Greg and Chrystal!

Thank you, Meg. All credit really goes to the sculptor, Lindsay Daen.