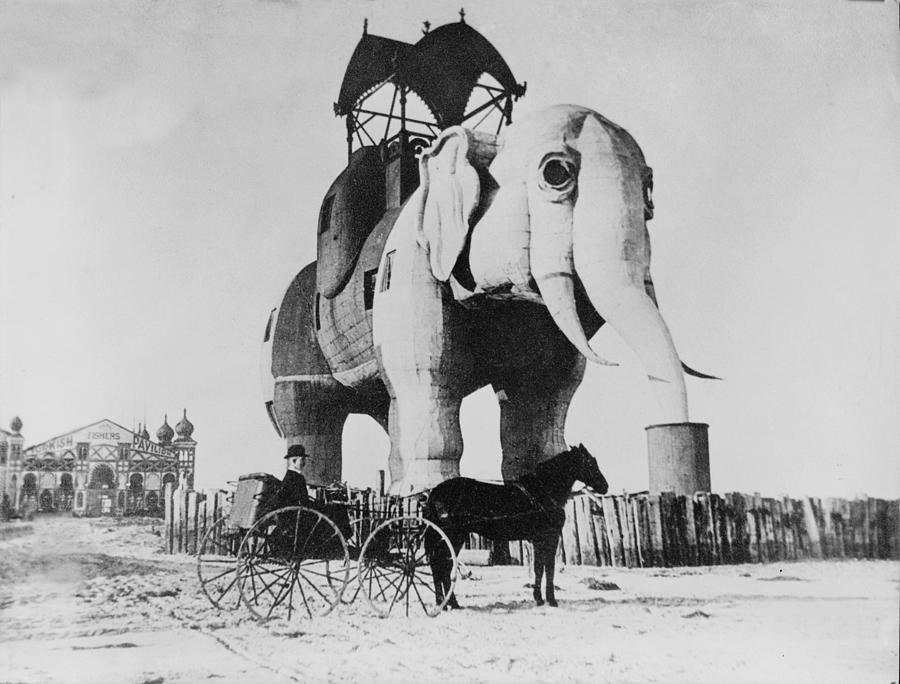 I was taking a ride in my carriage along the beach of South Atlantic City in order to partake of the fresh sea air when I espied what seemed to be a huge pachyderm taking a drink from a bucket. I urged the driver to take me nearer and confirmed that it was indeed a six-story tall elephant, with howdah atop from which to view the surrounding area. Egads! Whatever will they think of next?
Thankfully I was able to capture the beast on film, rather than with the more traditional .30-30, which I doubt would have had much effect had the giant been real.

congrats for the sale!

Congratulations on your sale of this wonderful artwork! Fl

Congrats on your sale Richard!

congrats on the sale

Huh! Elephants and onion domes in Joisy. l, f, WHAT?