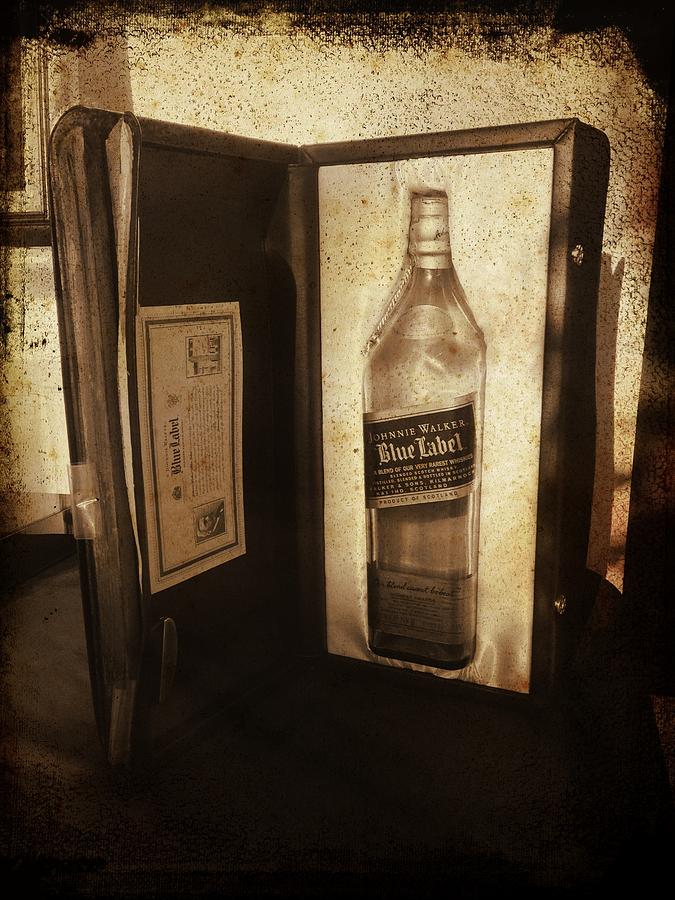 Originally known as Walker's Kilmarnock Whisky, the Johnnie Walker brand is a legacy left by John "Johnnie" Walker after he started to sell whisky in his grocer's shop in Ayrshire, Scotland. The brand became popular, but after Walker's death in 1857 it was his son Alexander Walker and grandson Alexander Walker II who were largely responsible for establishing the whisky as a popular brand.
Alexander Walker introduced the iconic square bottle in 1870. This meant fewer broken bottles and more bottles fitting the same space. The other identifying characteristic of the bottle is the label, which is applied at an angle of 24 degrees. The angled label means the text on the label could be made larger and more visible.
The slogan, "Born 1820 & Still going Strong!" was created, along with the Striding Man logo, a figure used in their advertisements to this day,created by illustrator Tom Browne, in honor of the founder, and given the same name.
Johnnie Walker Blue Label, also known as Max Walker, is blended to recreate the character and taste of some of the earliest whisky blends created in the 19th century. Bottles are numbered serially and sold in a silk-lined box accompanied by a certificate of authenticity. It is one of the most expensive blended Scotches on the market, with prices in the range of US $200-$300.
[courtesy of Wikipedia]

Congratulations on your sale, Richard!

Congrats on your sale

Congrats on another sale of this image Richard!

A big thank you to the fine art collector from Sewell, NJ :-)

Congratulations on your sale!

Wonderful image, congrats on your sale!!

Congratulations on your sale Richard!

Like how you worked this image Richard, well done;) v