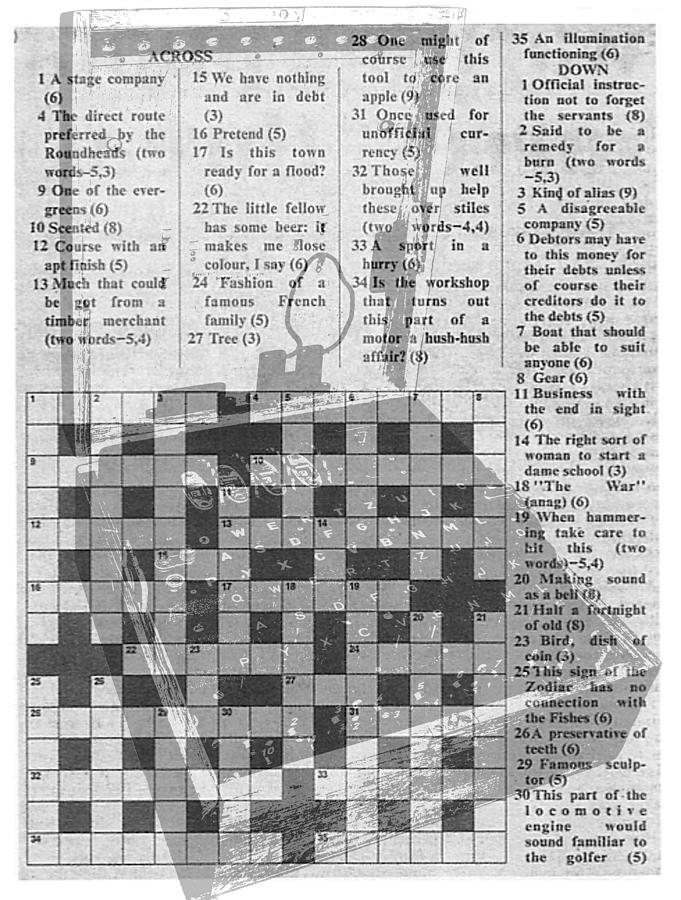 This is a composite image of the Daily Telegraph Crossword used by Alan Turing to identify potential codebreakers for the team at Bletchley Park, overlaid with an M4 Enigma machine.

The German Enigma machine, used for coding messages was said to be unbreakable. By combining three rotors from a set of five, the rotor settings with 26 positions, and the plugboard with ten pairs of letters connected, the military Enigma has 158,962,555,217,826,360,000 (158 quintillion) different settings.

Considerable work had been done by Marian Rejewski and his colleagues well before the war and this was utilized by Alan Turing and his team at Bletchley Park, along with Turing's logical and statistical genius to design a more generic mechanical "bombe" to decipher Enigma and so shorten the war.

Turing's pioneering work ultimately led to the creation of the device upon which you are reading this... and his vision of creating a thinking machine (or AI in modern parlance) is still measured using the Turing Test.

Congratulations on the sale!!!

Indeed! The film The Imitation Game was a good adaptation of Alan Turing and the Ultra project